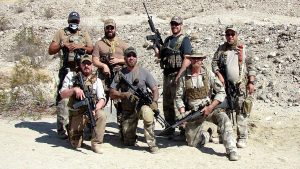 Merriam Webster defines asymmetrical warfare as “warfare that is between opposing forces which differ greatly in military power and that typically involves the use of unconventional weapons and tactics (such as those associated with guerrilla warfare and terrorist attacks).”

The term is linked to “guerrilla warfare,” “insurgency,” and “terrorism.” It is a violent conflict between a military faction and a less formal, and less equipped, but motivated opponent.

Traditionally, when two factions go to war, the sides tend to be “symmetrical,” i.e., equally matched in experience, weaponry, resources, and technology. The main difference between the two is their strategy and execution. In asymmetrical warfare, the sides are not equal. The military is well trained; it uses a centralized base, and is well resourced. The “weaker” side, typically non-military, does not have a centralized base or the same caliber of training. While these facts make the stronger side the apparent victor, that is not always the case.

Asymmetrical or militia warfare is not a new concept, nor is it connected only to the Western world. There is a multitude of history on citizens revolting against a government, tyrannical or otherwise. In fact, the first written reference details England’s 1181 Assize of Arms:

The concept carries through countless battles throughout Europe as well as parts of Eastern Civilization. When the Founding Fathers wrote the Constitution, they included one of the aspects that allowed them to win the Revolutionary War – asymmetrical warfare in the form of militia.

“Congress shall have the power to: provide for calling forth the Militia to execute the Laws of the Union, suppress Insurrections and repel Invasions; to provide for organizing, arming, and disciplining the Militia, and for governing such Part of them as may be employed in the Service of the United States, reserving to the States respectively, the Appointment of the Officers, and the Authority of training the Militia according to the discipline prescribed by Congress.”

The Second Amendment added: “A well-regulated militia, being necessary to the security of a free state, the right of the people to keep and bear arms, shall not be infringed.”

Many people associate militia warfare with historical battles. Examples: the Battle of Thermopylae, the Battle of Crécy, the French Revolution, the American Revolutionary War, and the Vietnam War.

Modern-day militias are categorized in a different way as loyalties splinter. While some fight against the tyranny or government, others single out specific groups in a xenophobic fashion. Still others commit acts against foreign governments. Asymmetrical warfare, guerrilla warfare, and terrorism are often synonymous. However, by definition, they are not the same thing. One of the main differences is that terrorists prey upon innocent victims. 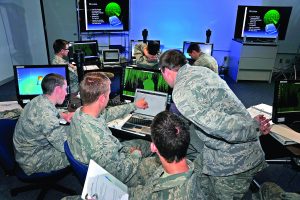 A major difference between symmetrical and asymmetrical warfare is the use of tactics. The military faction relies on political threats, a centralized base, formal communication systems, field training, weapons, government funding, and technology. What the non-military side lacks in formal resources, they often make up for in resolve and strategy. Decentralized communication and resources make it difficult for the enemy to sabotage funds and technology. A standard strategy is to break the resolve of the enemy. This is accomplished by attacking their infrastructure in small ways. Another main benefit, one that has often won the war, is knowing the lay of the land.

Two of the most famous warmongers in history lend their wisdom to this topic.

Sun Tzu, author of the oft-quoted The Art of War, firmly believed that knowing the area in which a war was waged was vital, as was the potential dangers and distance: “Those who do battle without knowing these will lose.”

Likewise, Chairman Mao Zedong stated, “The guerrillas must move amongst the people as a fish swims in the sea.”

Militia tends to fight in the area in which they live and have trained. Knowing the terrain and its characteristics, hills, valleys, rivers, swamps, temperatures, wildlife, woods, and roadways, has won many wars. There are areas in which technology, including GPS, will offer little if any, help. Firsthand knowledge is key. It allows the rebels to hide, plan sneak attacks, plan multiple escape routes, or lure the enemy into treacherous territory. These tactics apply in both rural and urban areas.

In 1941, Yugoslav Partisans formed a militia throughout mountain villages and fought against the Third Reich by using knowledge of the rough terrain to survive. They forced their enemies back, managing to recover resources and grow into the Yugoslav Army.